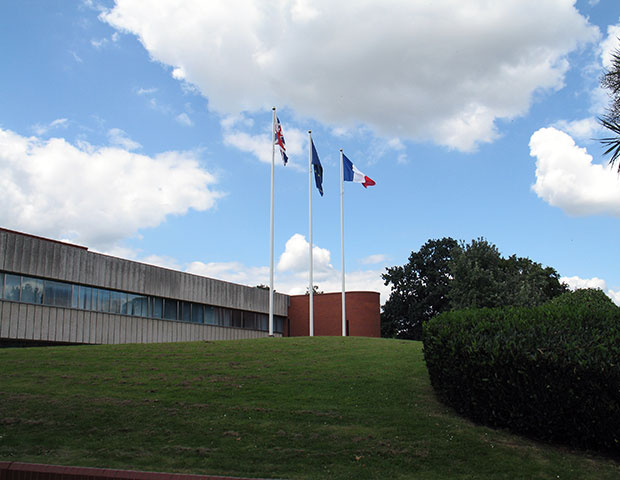 The French tricolour flew resplendent over Hounslow Civic Centre today in a show of solidarity with the Borough’s twin town Issy-les-Moulineaux.

The Council’s website states – “Happy Bastille Day to all our French residents, our friends in Issy-les-Moulineaux, the town we are twinned with and anyone with a connection to France celebrating today!”

Following a refusal by the Council to fly the national flag of its Palestinian twin last November (the official criteria for flag-flying – “…to mark national days of communities in the Borough with a significant long-term heritage link to the UK and Commonwealth” – were not deemed to have been fully satisfied), there appears to have been a relaxation of the rules in 2016.

With the Irish tricolour having flown gloriously on St Patrick’s Day, 17th March, it’s clear that the Commonwealth connection is no longer a requirement.

Hounslow-Ramallah Twinning Association, representing the Borough’s most active twinning by far, welcomes the second example this year of the Council’s more generous interpretation of its policy – in particular the gesture of twin town inclusivity – and looks forward to an equitable 15th November 2016.