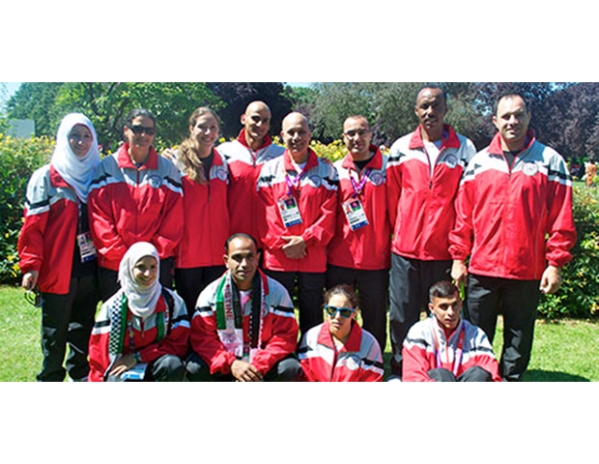 The Palestinian Olympic team joined the crowds in Lampton Park on Tuesday welcoming the Olympic torch to the Borough.

The team of five, plus coaches and officials, had arrived in London at the weekend and took a break from their busy training schedule in Stratford especially to visit Hounslow in acknowledgement of the Borough’s historic link with their country.